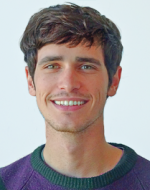 Master’s research thesis: The daily mobility role in the men-women inequalities within the households. The case of the executive mothers in Île-de-France

Master’s thesis: The women’s experience in Paris public transport: the influence of the apprehension of male attitudes in daily mobility practices

Single-mothers’ daily mobility in Île-de-France : the weight of gender and the role of space in the family constraints management

The evolution of cities has led to an increase in the complexity of daily travel for their inhabitants. The acceleration of transportation, the lengthening of distances and the socio-spatial segregation have resulted in a major dependence on mobility, particularly among the most modest categories. At the same time, the evolution of the family has resulted in the emergence and multiplication of single-parent families. The vast majority of these households are headed by single mothers. The latter, many of whom belong to low-income groups, are responsible for the entire management of domestic work and are the sole providers of household income. The increasing complexity of urban travel and the rise of single-parent families are well-known phenomena for social sciences. However, they have rarely been the subject of cross-analysis. At the intersection of these two phenomena, this research focuses on the daily mobility of single mothers. The entry through daily mobility allows us to focus on everyday activities by situating them in time and space. As single parenthood is predominantly a women’s issue, which is often attributed to systematic inequalities between women and men, I mobilize a gender approach that draws on feminist theories and epistemologies. The aim of this research is to understand the role of single mothers’ daily mobility in their everyday lives and, in particular, in relation to the management of family responsibilities. It focuses on the weight of gender as it conditions the constraints and capacities of single mothers in their daily lives. The influence of space is also examined, insofar as it can accentuate or reduce constraints.

The Paris region is an example of an area where single mothers are fairly well represented and where travel is necessary and complex. In this metropolitan region with a well-developed transport network, there are contrasts between central areas that are very dense and well-endowed with local amenities, and other less well-endowed suburban areas. A double methodological approach, quantitative and qualitative, is used. The first, based on the latest Parisian household travel survey (EGT 2010), allows me to understand the general characteristics of the mobility of single mothers, their specificities and their differences with the other parents. The qualitative approach, based on semi-structured interviews, provides a more detailed picture of the daily lives of single mothers, their resources and strategies, in particular for meeting family responsibilities.

Communication in International Conferences with acts