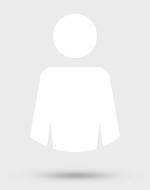 New ways to collect traffic data, new challenges for road network authorities
Road traffic evolves in a context which has undergone three major changes in the past two decades: first, a political change, reshaping the car’s role in cities; second, a technical change, through which both vehicles and drivers emit and receive information independently of road authorities’ roadside infrastructure; and finally, a financial change, as traffic management infrastructure has heavily relied on public funding which now becomes scarcer.
From the perspective of a key road authority, the City of Paris, the author, in charge of assessing the impact on traffic flow of major disruptive policies, addresses how “new traffic data” renews the road authority’s knowledge of the traffic, on technical grounds.
The author has worked on Bluetooth travel-time and GPS based Floating Car Data datasets. He believes he makes two major contributions in the field. He first shows that traffic data and traffic information have always been at the core of the road authority’s concerns, deeply related to the available technology, the missions of the road authority, and the theory attempting to bridge the gap between the two.
Through the technical assessment of traffic-related policies (road closures, speed-limit reduction), based on two types of “new traffic data” (GPS speeds and Bluetooth travel-times), the Author analyzes the characteristics of the two datasets, the results they yield and how they complement legacy fixed-sensor based data. They allow the road authority to grasp user-perspective information whereas legacy data mostly offered a collective flow perspective. This, in turn, reshapes the decision-making process of road authorities.